I attended the Alley Cats event during First Thursday in Seattle’s Pioneer Square Neighborhood last week. I went knowing that adopting a cat would be a possibility. I had kind of asked permission from my husband, and he said that it was fine with him, but Bitches, our other cat, will be the one to convince.

From my previous experience with a male cat being such a lover, I knew that I preferred getting a male cat. Separately I know that older cats have a harder time getting adopted so I was thinking about that too. So, when I got to the tent of kittens, I set my sights on the biggest one in the bunch, who also happened to be a male.

It was love at first sight, for both of us.

And, then, when you hear all of the people around you saying, “Oh, look how much he loves to be with you.” “He’s finally relaxed.” “He’s so cute!” It certainly helps tip the scale towards officially adopting a cat.

And, hence, I took Johnny home.

Here are some pics from the event including our first selfie. 🙂 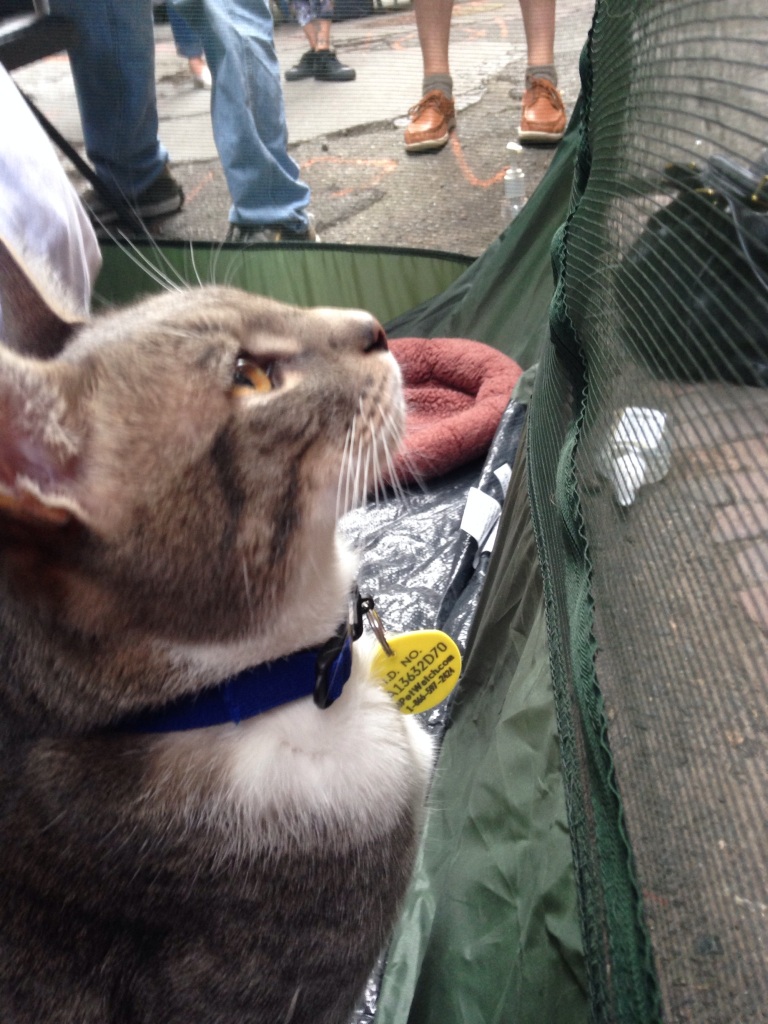 He did not like the car ride home, and nearly ate his way out of the box.

My cousin, Buzz, carried him in to appease our number 1 cat, and we kept her away from Johan by placing him into a smaller bedroom in our house for the first night. The second night he slept with us. Did I mention he’s a lover?

Since then, he’s settled in quite nicely, as evidenced through the following photos.

He’s also become acquainted with our cat and the neighbor cat, and honestly folks down the block. When the door is open, he likes to sneak out if he can. We’ve also done some controlled time outside to get him used to the area. We’re thrilled he’s adaptable and fun. 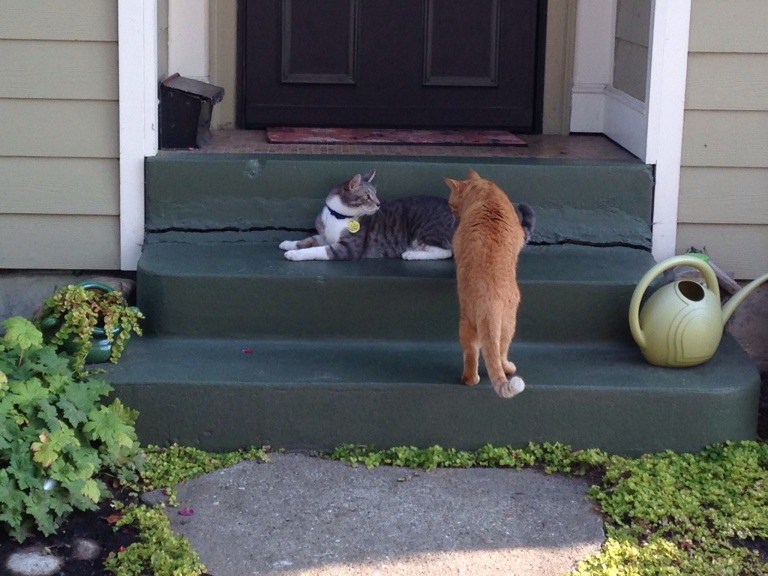 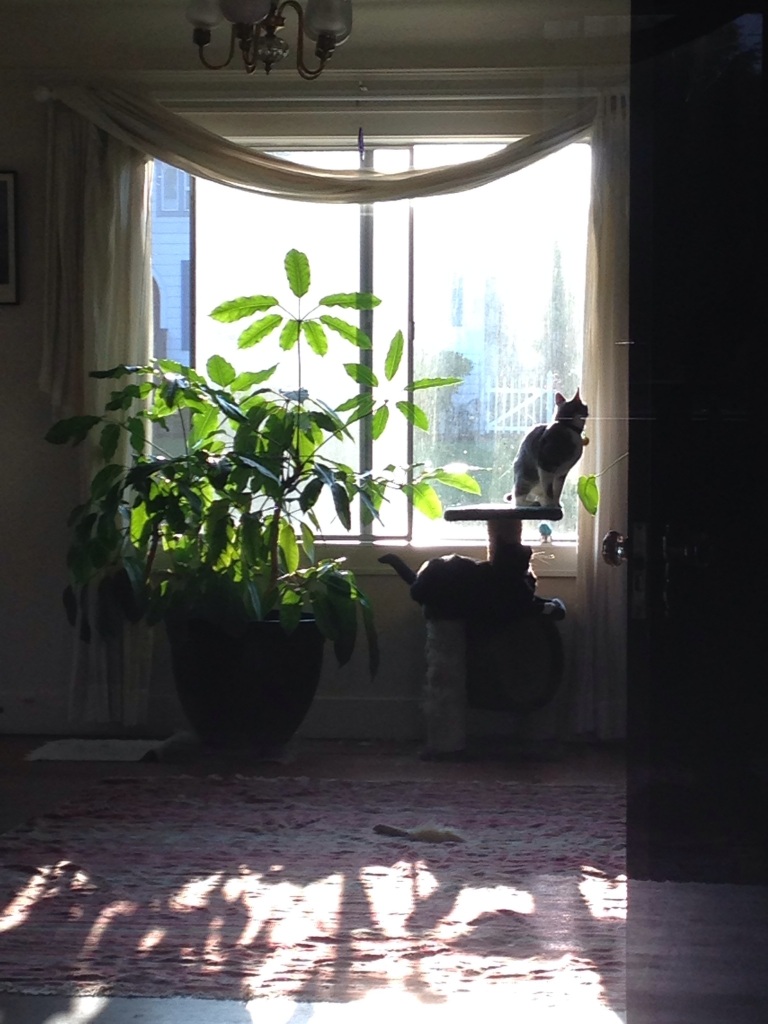 We love our little Johan. ❤

We love our Bitches too.

Update – August 26, 2014
As we get to know the young man, we continue to come up with nicknames that capture his personality.

I’m sure that there will be many more to come. 😉 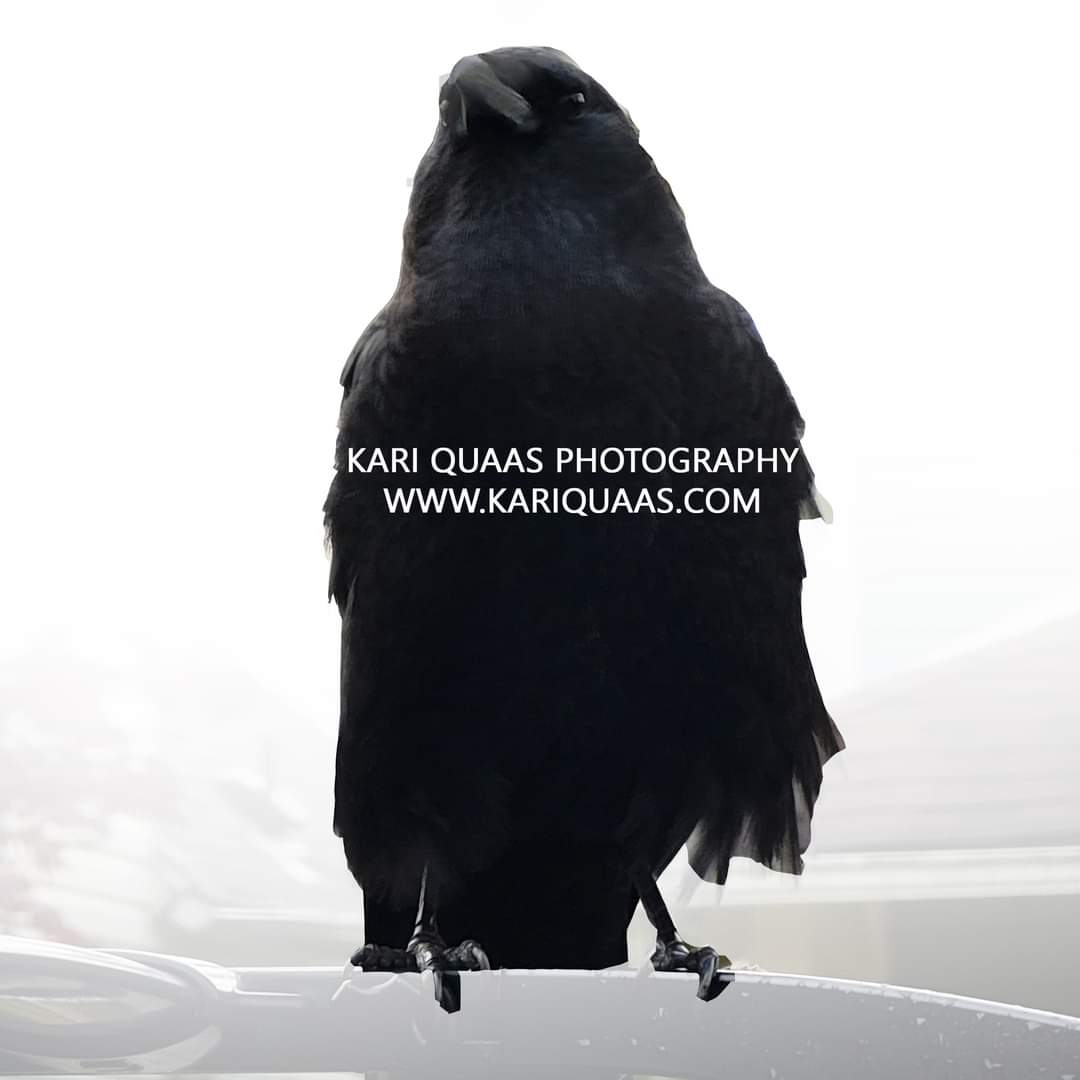